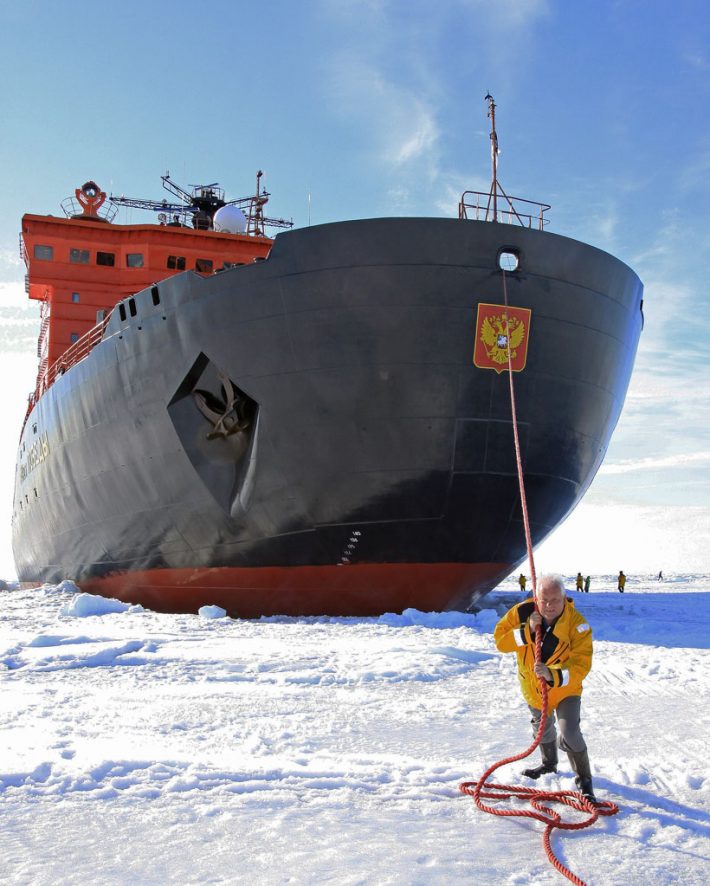 Exactly 40 years ago, on 17th August 1977, the first surface vessel reached the Geographical North Pole. The ship was the Soviet nuclear icebreaker the “Arktika”.  Arktika became the classification for the five nuclear icebreakers which followed : the Sibir in 1977, Rossiya in 1985, Sovetskiy Soyuz in 1989, the Yamal in 1992 and the 50 Let Pobedy in 2007.

I was lucky to get to the Geographic North Pole on the 50 Let Pobedy – 50 Years of Victory – in June 2011, as ship’s photographer for Quark, which had chartered the ship, captained by Dmitriy Lobusov. Rather than show you an image of the Arktika, here is one of me pulling the world’s largest and most powerful icebreaker out of the ice’s deadly grip, back in 2011.

It is incredible to think that the British dispatched wooden sailing ships as far back as Parry’s expedition in the late 1820’s to try and reach the North Pole, a feat which was not achieved by a ship for another 150 years.