My Humble Hommage to Howlett 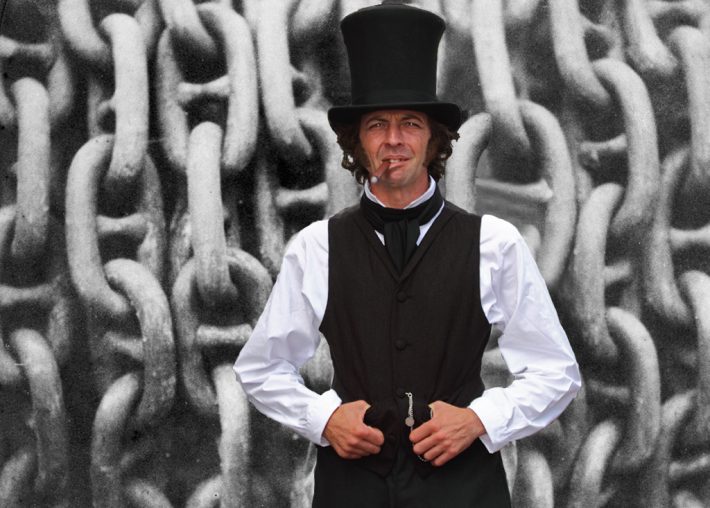 We have all iconic, powerful images that stick in our mind. There are several that I can’t forget, and one such image is by Robert Howlett, English photographer.

Many of you will have seen it, the iconic portrait of the great Victorian engineer, Isambard Kingdom Brunel, taken in 1857, part of a commission by The Illustrated Times to document the construction of the world’s largest steamship the SS Great Eastern.

It is a powerful image with Brunel standing in front of the giant iron launching chains on the ‘checking drum’ braking mechanism at John Scott Russell’s Millwall shipyard.

Regular readers of my posts will know I was in Bristol last week and took a photograph of ‘Brunel’ at the SS Great Britain museum. Obviously not the man himself, but a museum guide in Victorian dress with top hat and cigar. So here is my photo with iron chains behind, my hommage to Howlett’s iconic image.

Some performers take to drink, others take to audiences
July 14, 2017