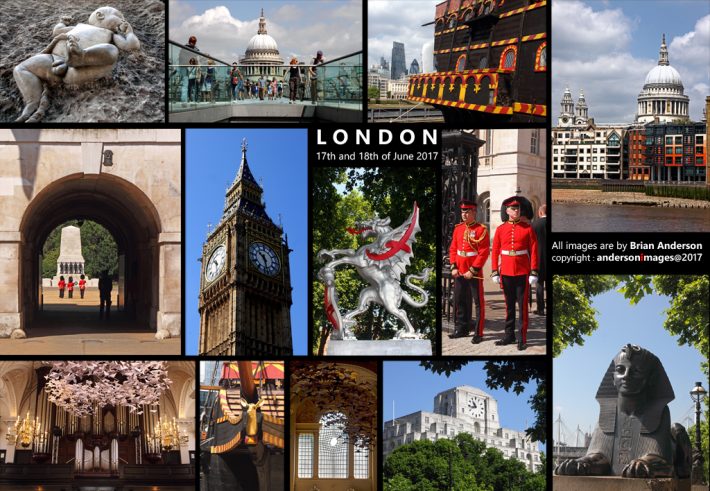 It was Samuel Johnson, the C18th writer, who famously said, ‘By seeing London, I have seen as much of life as the world can show’.

l spent last w/e visiting my sons in the city, where they live and work. On the Sunday it was my youngest’s 24th birthday and it was also Father’s Day, so a double celebration. By coincidence, on Saturday it was the Queen’s Birthday Parade, with colourful troops on the streets and a RAF flyover. The weekend was too warm for a Scot, touching 30degC and very humid.

Recent terror events and the tower fire were never far from our thoughts, and the increased security on the streets was all too evident. It’s frightening really but we just have to go on as per usual. London still impressed however, lots of tourists around photographing the city’s attractions, maybe less that usual, but I thought the people I met were friendlier and chattier than usual – maybe all the mayhem has brought people closer together. I hope so.

Here are some images from my weekend in London – a small celebration of a great city.